This website is currently under construction. Thank you for your understanding and patience.

Discover a
fascinating
university
at the
Baltic Sea

Study and
participate
in a great
campus life

Study programmes at
the intersection of
medicine, life science, computer science, and engineering

Graduate School for
Computing in Medicine and Life Sciences

Research
at the forefront
of science

Science in Lübeck:
Focus on Life 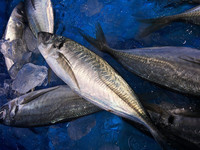 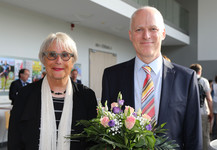 Studying at the University

The University as Your Employer

An international research team coordinated by the University of Lübeck today published a new study on the influence of nutrition on genetic association. Genetic association refers to the collective occurrence of certain genetic characteristics with greater frequency than what would be expected by sheer chance. Prof. Ralf Ludwig and his colleagues from the Lübeck Institute of Experimental Dermatology conducted research on the topic.

Can diet influence predisposition to diseases?

In the next phase, the researchers investigated whether diet can not only reveal previously unknown genetic associations, but is also in a position to influence a genetic predisposition which leads to a potentially fatal kidney disease. To this end, mice were used that develop this disease, and they were fed differently. Almost all mice that were fed a “Western” diet containing a lot of sugar and fat developed a serious kidney inflammation (lupu nephritis), while mice that were given a low-calorie diet were completely spared the disease.

The analysis of these animals’ intestinal flora showed that the manifestation of the disease was preceded by a diet-induced change in the microbiome. The research work was funded by the German Research Foundation (Research Training Group 1743, “Genes, Environment and Inflammation”). The full article was published in the open access journal Nature Communications.