How Sleep Strengthens Your Immune System

Humans need adequate sleep for the immune system to combat pathogens – everyone believes this and it appears to be intuitively correct. But there is no scientific evidence of how exactly sleep affects certain immune functions. In a new trial, scientists at the University of Tübingen and our Universität zu Lübeck have now identified a new mechanism of how sleep boosts our immune system. The research team of Dr Luciana Besedovsky and Dr. Stoyan Dimitrov at the Tübinger Institute for Medical Psychology & Behavioural Neurobiology worked with Dr Tanja Lange at the Lübeck Department of Rheumatology and Clinical Immunology. They were able to show in test subjects that just three hours without sleep was enough to inhibit the function of a T cell, a type of white blood cell responsible for fighting pathogens. The researchers published their findings in the Journal of Experimental Medicine. These scientists conducted a 24-hour experiment with test subjects: one group slept for eight hours at night, while a second group remained awake the whole time. The researchers took blood samples regularly during the experiment, and checked primarily the adhesion of T cell bonds on the ICAM-1 molecule (intercellular adhesion molecule-1), which enables the T cells to attach to other cells. Stoyan Dimitrov, the primary author, explains why this is crucial for their function: “T cells constantly circulate in the blood, looking for pathogens. The ability to adhere to other cells allows them to wander through the body and dock, for example, on to infected cells and eventually destroy them.” The trial demonstrated that the adhesive ability of T cells was visibly lower in the test subjects who lacked sleep. To investigate further how sleep impacts the functioning of T cells, the researchers also sampled plasma – an element of blood containing soluble substances like hormones – from both the awake and sleeping subjects. This plasma was put on isolated T cells for a few minutes. In the awake subjects, the adhesion capability dropped significantly, compared with that in the plasma of sleeping subjects. In another experiment, the research team was also able to annul inhibition of the T cell function by blocking a specific class of receptor, the Gαs coupled receptors: stress hormones like adrenaline and prostaglandin, among others, that play a role in inflammations through these receptors. Luciana Besedovsky, who led the trial explains, “This proves that soluble substances not only activate these receptors after a short period of sleep deprivation, but also inhibit the adhesion of T cells.” In parallel experiments, the researchers were also able to demonstrate that some of the soluble molecules that bind to this class of receptors, like adrenaline, prostaglandin and the messenger adenosine, significantly inhibit adhesion if put directly on T cells. The same substances are also extremely high under a range of pathological conditions, such as chronic stress or cancer. “This means that our findings are also of clinical relevance to areas other than sleep disorders. They could explain why the immune system is suppressed under certain illnesses,” added Lange. Besedovsky summarised, “Just three hours without sleep are enough to reduce the functioning of key immunity cells. Our results suggest a possible underlying mechanism that protects us through sleep in our daily battle against infections.”Publication:
Stoyan Dimitrov, Tanja Lange, Cécile Gouttefangeas, Anja T.R. Jensen, Michael Szczepanski, Jannik Lehnnolz, Surjo Soekadar, Hans-Georg Rammensee, Jan Born and Luciana Besedovsky: "Gαs-coupled receptor signaling and sleep regulate integrin activation of human antigen-specific T cells.” Journal of Experimental Medicine: jem.rupress.org/cgi/doi/10.1084/jem.20181169 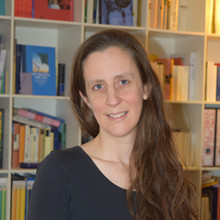