Dr. rer. nat. Laura Hindersin, a graduate of the University of Lübeck, has been awarded the Otto Hahn Medal 2018 from the Max Planck Society for the Advancement of Science. She received the major honour for outstanding scientific achievement relating to her doctoral work at the society’s General Meeting on 26 June 2019.

After obtaining her bachelor’s degree in Mainz, Dr. Hindersin completed her master’s in “Mathematics in Medicine and Life Science” at the University of Lübeck. As part of her specialisation in biostatistics, she was invited to give a lecture in her very first semester by her future doctoral supervisor, Prof. Dr. Arne Traulsen. He is head of the Evolutionary Theory Department at the Max Planck Institute for Evolutionary Biology in Plön, an institute with which the University of Lübeck regularly collaborates. In his research group, she wrote her master and later her doctoral thesis on “The effect of graph structure on the dynamics of a stochastic evolutionary process”

Unexpected effects on the spread of new mutations

She particularly liked the fact that, in Lübeck, mathematical methods are usually taught with direct reference to their applicability in medicine. The purpose of her research on the amplification and suppression of selection via complex population structures was to better understand how spatial population structure influences evolutionary processes. Graphs depict an abstract model for this problem, so that the spread of new mutations in an existing population can be investigated. The population structure details can have unexpected effects on the time and probability of such spreading.

“I found the collaboration with biologists, mathematicians, physicists, philosophers, and economists from numerous countries incredibly rewarding,” says Dr. Hindersin with regard to the research environment. She now works as a statistician for clinical studies in Freiburg.

The Otto Hahn Medal is accompanied by 7,500 euros in prize money. Since 1978, the Max Planck Society has awarded the prize to up to 30 of the best young scientists for exceptional scientific achievement with regard to their doctoral work.The medals are formally awarded during Section Meetings at the society’s General Meeting, where the talented young researchers are introduced to the directors of their respective sections.

Presentation of the Otto Hahn Medal in Hamburg on 26 June 2019 with Prof. Dr. Martin Stratmann, President of the Max Planck Society (Photos: © Ausserhofer/MPG) The award winners from the Biology and Medicine Section Dr. Laura Hindersin 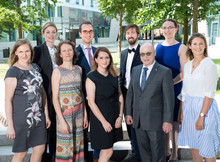 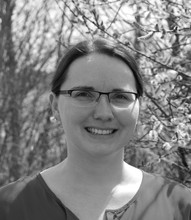