Exposing the Quackery Prevalent in Naturopathy

The John Maddox Prize was conferred upon Britt Hermes, who is in med school at our Universität zu Lübeck and a scientific staff member of the Institute of Experimental Dermatology at the Lübeck Campus of the University Medical Centre of Schleswig-Holstein. The judges honoured her commitment to evidence-based medicine and especially for exposing false claims by proponents of naturopathy. The award comes with prize money of approximately € 3,400.

Britt Hermes is an American and a former naturopathic practitioner. She gave up her profession and became a world-renowned critic of naturopathy. She has now been distinguished with the inaugural award of the John Maddox prize, in recognition of her public exposure of the realities and misinformation in the field of naturopathy, and for her advocacy of evidence-based, scientifically-backed medicine. In her Internet blog (www.naturopathicdiaries.com) that she initiated in 2015, she writes about the ineffectiveness and resulting harmfulness of certain naturopathy procedures.

The judges said they admired her courage to demand scientific evidence on issues raised in the interests of the public. They were especially impressed by her willingness to question her own views and spoke very highly of her unwavering commitment – despite the threat of libel lawsuits by former colleagues, not to mention the personal harassment.

“I was a naturopath, until I looked at the evidence and decided to speak up about the dangerous therapies used in naturopathy, especially those to treat cancer. Walking away cost me my friends. I am harassed and being sued for defamation. I am honoured to be recognised by the scientific community for changing my mind,” said Britt Hermes.

"Britt Hermes’ story is one of exceptional courage – not only to realise that naturopathy, to which she had devoted four years of training, was riddled with bogus practices, but then to criticise these practices in the face of abuse and legal actions. She is such a worthy winner of the first Maddox Prize for an early career researcher,” stated Sir Colin Blakemore, one of the judges and a professor at the School of Advanced Study, University of London.

The John Maddox Prize is now in its seventh year and a joint initiative of the charity Sense about Science and the leading international scientific journal Nature. It is awarded annually to one or two individuals a year. This year, there were 136 nominations from 36 countries. Besides Britt Hermes, the judges recognised Prof. Terry Hughes for his efforts in discovering the extent of coral reef bleaching from rising water temperatures. 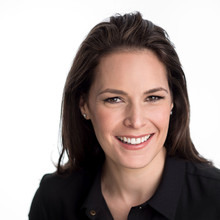