What did you feel when you heard about your invitation to the Laureate Meeting?

Svitlana Rozanova: When I got the invitation to the Laureate Meeting, I felt very excited and happy. I gained more confidence that my hard work and efforts were recognized.

Melissa Vos: I was mostly surprised  when I received an invitation to apply for this meeting. I was not aware that the Else Kröner Fresenius foundation had selected me as one of the young scientists that is invited to apply to attend this meeting. Of course, I was eager to attend this prestigious meeting when applying and I was very excited when I learnt that I made the final cut and was accepted to attend the meeting.

What aspects of your career so far have contributed to your being accepted as a young participant?

Svitlana Rozanova: My scientific career has accelerated from 2009 when I started my PhD at the Institute for Problems of Cryobiology and Cryomedicine of the National Academy of Science of Ukraine (IPC&C NANU) in Kharkiv. I got my PhD in cryobiology in 2013 and proceeded with my research. Throughout my career, I received many travel grants that allowed me to present my work at various scientific meetings and to publish them. I am an active member of several profile organizations and societies, including UNESCO Chair in Cryobiology. I was also involved in the organization of young scientists’ activities, first as a Member and afterwards as a Head of the Council of a Young scientist at IPC&C NANU. Together with my colleagues, we organized several conferences for young scientists as well as we actively participated in several projects for science popularization in Ukraine. The turning point in my scientific career and, as I presume, the key factor for my acceptance for the Lindau meeting was receiving an Alexander von Humboldt Fellowship for PostDocs in 2016 for carrying out my project in Germany. An important role also played the positive recommendations which I had received from my German and Ukrainian scientific mentors Prof. Dr. Dr. med. Jens K. Habermann and Academician of the NASU, Prof. Anatoly Goltsev.

Melissa Vos: My PhD work resulted in the identification of vitamin K2 that promotes the energy production in a Parkinson's disease model and that improves the locomotion defects in these disease models. This work was published in SCIENCE and resulted in several awards including the Druwe-Eerdekens award from the King Baudouin Foundation (in Belgium) and a long-term postdoctoral fellowship from EMBO (Europe). With this fellowship I moved to Lübeck and joined the Institute of Neurogenetics where I set up a Drosophila laboratory. In addition this work resulted in a BMBF-funded clinical trial to test the effect of vitamin K2 in patients suffering from Parkinson's disease and that is being executed at the Institute.

In which field do you carry out your research at the University of Lübeck? What are your upcoming and further research and career goals?

Svitlana Rozanova: I am an Alexander von Humboldt PostDoc Researcher in the Section for Translational Surgical Oncology and Biobanking. Under the supervision of Prof. Dr. med. Jens Habermann and Prof. Dr. Timo Gemoll I am studying new quality and degradation markers in liquid samples. In the future, these markers will enable standardizing quality controls in the area of liquid biopsy and biomaterials. Comprehensive evaluation of pre-analytical sampling and storage variables influencing on the genome, transcriptome, and proteome level is of great importance for clinical research results and implementation in clinical practice. Dissolving this problem became a starting point for my project. Regarding my plans for the future, science is an area in which one will never be bored or desperate in attempts to find an object for studying. Therefore I believe there is still place for me in some new challenging Projects.

Melissa Vos: I am studying Parkinson's disease using a genetic fruit fly model. With this model I aim to increase our understanding in the mechanisms that are responsible for the disease. Currently the lack of knowledge in the disease pathogenesis results in symptomatic treatment that cannot halt the disease. I want to contribute to the elucidation of these underlying disease mechanisms to identify novel therapeutic targets that could aid in the halt or reversal of the disease

How would you characterize your working conditions in Lübeck?

Svitlana Rozanova: The interdisciplinary team of the hosting laboratory, run by Prof. Habermann and Prof. Timo Gemoll, combines outstanding proteomic, genomic, transcriptomic and biobanking research, thus providing the precious experience, mentoring, and networking opportunities for my successful research activity and my future career. I am very grateful for the opportunity to work with my colleagues. They are not only outstanding professionals but also very nice people, who both strengthening my professional background and making me feel like I am at home.

Melissa Vos: I am a junior group leader of the drosophila laboratory at the Institute of Neurogenetics and in this regard I define most of the research projects. Nonetheless, at the institute, I work closely together with the other group leaders and the lively scientific discussions (also with other postdoctoral researchers and PhD students) improve our science significantly. Furthermore, there is a lot of expertise at the institute that covers many aspects of research in the field of life science, which further aids in performing science at the highest level.

What are your expectations for the conference?

Svitlana Rozanova: The upcoming Meeting brings together world well-known scientific Peers and young researchers from all over the world. Different generations, different nations and cultures, different opinions and approaches for scientific and public problem solving. I expect the meeting to become a platform for new knowledge, ideas, questions, and inspirations.

Melissa Vos: I expect a meeting with  scientific presentations of the highest level and active discussions. In addition, I am eager to meet the Laureates in a more informal setting during the many events that are organized and in which scientific discussion will feed new ideas that can result into novel research projects and new collaborations.

Are there any specific questions that you would like to ask or discuss there?

Svitlana Rozanova: This is a question which is very difficult to answer. I have thousands of questions in my mind. I would love to hear about their lives and their life experiences. What brought them to the point where they are right now? What are their plans for the future? What can I personally do to improve this world?

Melissa Vos: I don't have specific questions, but there are a few Nobel Prize Laureates that I definitely want to talk to and discuss my scientific work with to receive their thoughts and input. These are Prof. Michael W. Young and Prof. Michael Rosbash, who received the Nobel Prize in Medicine in 2017 for their discovery in the circadian rhythm and for which they use the fruit fly as animal model, and Prof. Yoshinori Ohsumi who received the Nobel Prize in 2016 for the discovery of autophagy, a process that is involved in Parkinson's disease

How do you rate the importance of the Nobel Laureate Meetings for Young Scientists under the motto "Educate, Inspire, Connect" and the opportunity to build networks?

Svitlana Rozanova: I believe, it is a once in a lifetime opportunity. Only a few young scientists get this chance. It is a chance to meet the leaders in the field and to get from them as much knowledge and experience as possible, get inspired for the whole life and never lose the feeling that science is important and the things you do are important. In my opinion, the Meeting will bring more motivation in the life of each participant. And of course, every meeting is about networking and this one especially. The meeting program comprises a lot of activities contributing to young scientist’s engagement into conversation with Peers in the area: Agora talks, science walks and lunches with Nobel Laureates, workshops etc. Moreover, young scientists have great opportunity to talk to each other and make important scientific connections for the future.

Melissa Vos: I think the motto is spot on. Meeting and discussing with Nobel Prize Laureates will definitely be inspiring and we can learn a lot from their experience. Furthermore, the meeting will give ample possibilities to network and to initiate novel collaborations. 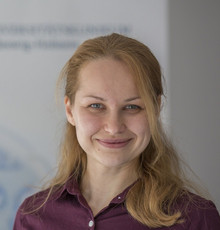 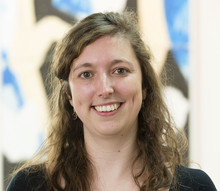